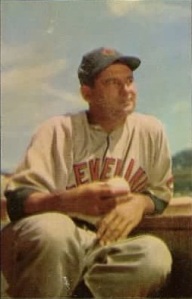 Early Wynn pitched for the Indians before coming over to the White Sox.