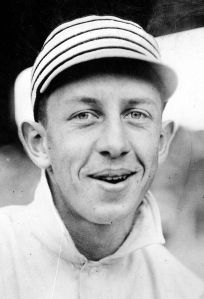 He’s the answer to question No. 2.

(This is another in my series of quizzes that each focus on a particular Major League team.  Prepare to be baffled.)

One of the original American League ballclubs, the Chicago White Sox have been playing on the city’s south side since 1901. They first called South Side Park home, moved to Comiskey Park for 80 years and left for New Comiskey Park (now Cellular Park) in 1991. The Pale Hose have won six A.L. pennants and three World Series, most recently in 2000.