I had never heard of Willie Wells.

It was a sunny day, and I was in Cooperstown, N.Y., at the Baseball Hall of Fame induction ceremonies. Tommy LaSorda, the colorful former manager of the Dodgers, and Phil Niekro, the knuckleball pitcher from the Braves, had been elected into the Hall’s Class of 1997. The Veterans Committee had voted in Nellie Fox, a slick-fielding second baseman with the White Sox. The Committee also voted in Wells.

Who was Willie Wells? He didn’t enjoy quite the instant name recognition of some other Negro league Hall of Famers. Great players like Josh Gibson and “Cool Papa” Bell. People said Bell was so fast, he could turn out the light in his bedroom and be under the covers before it got dark. You didn’t hear that sort of stuff about Wells.

Experts called Gibson, a great Negro league catcher, the “black Babe Ruth” and said he was truly the mightiest home-run hitter of all. Did Wells hit a lot of home runs?

So, what do we know about  Willie Wells? We know he was born Aug. 10, 1906, in Austin, Texas, and played for a host of teams from 1924-48. Yep, that’s 25 seasons. He broke in with the St. Louis Stars and stayed with them through 1931, helping the team to three league titles. Wells also played for the Chicago American Giants, the Newark Eagles and eight other squads.

Fans knew him for his sure hands at shortstop and his accurate arm. He hit for average, winning two batting titles, and, yes, he did provide some pop despite standing just 5-feet-5. He once belted 27 homers in an 88-game season. Wells hit .319 for his career.

We also know that Wells played on the so-called million-dollar infield with the Eagles, along with Ray Dandridge, Dick Seay and Mule Shuttles. (Note here that the million-dollar moniker denoted a respect for the foursome’s talent as well as for the value of a million dollars in bygone America. That was a lot of scratch.  No ballplayers were making close to that amount, not in Major League baseball, and especially not in the Negro leagues. Most ballplayers still worried about making the house payment.) 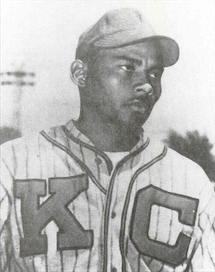 Like many players, Wells spent part of his career south of the border. He suited up for Vera Cruz, Tampico and Mexico City. Fans called Wells “El Diablo,” the Devil himself, for his intensity and because of his red-hot bat. Supposedly, El Diablo taught Jackie Robinson how to turn a double play.

In the 1994 book, Black Diamond: The Story of the Negro Leagues by Patricia C. McKissack and Fred C. McKissack Jr., the authors cite Hilton Smith, a top pitcher, who ranked Willie Wells as the best shortstop to ever play in the Negro leagues. It was a league filled with tough, talented players. The authors included this quote from Wells: “You had to be tough. You had to have heart, desire. If you were a coward, they’d throw right here at your ear.”

Following his long baseball career, including a stint as a manager, Willie Wells went to work for a deli in New York City and then returned to Austin. He died there on Jan. 22, 1989, at the age of 83.

The Baseball Hall of Fame has enshrined 35 former Negro league players, plus manager Rube Foster (the so-called “Father of Black Baseball”) and Elfa Manley, the only woman elected to the Hall and the co-owner of the Eagles. The history of the league is fraught with missing stats, accounts of legendary players, stories that could only be tall tales and bittersweet discussions of what-might-have-been. Plus, at least a bit of magic. Baseball fans should take note of Willie Wells and all the other great Negro league players.